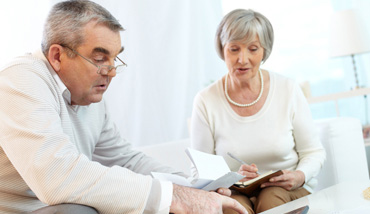 The participation of the Syrian General Authority for Competition and Anti-Monopoly at the Sixth Conference of the United Nations Conference on Trade and Development (UNCTAD) was one of the most important external participations of the Commission in 2010. The conference was held to review all aspects of competition policy, Has a multilateral agreement to combat restrictive practices between 8-12 November 2010 in Geneva. The Conference evaluated and made recommendations on the total experience gained to date in the implementation of the set of principles and provided the opportunity for ministers, heads of competition authorities and other senior officials from UNCTAD member States to hold high-level discussions on three key issues Competition law and policy, review of experience gained in the implementation of the United Nations Group and the role of competition policy in promoting economic development. Working Paper on Syrian Competition Law The Commission has already submitted about six months ago the working paper participating in the conference on the Syrian competition law and means of implementation, interpretation and applicationsundefined And to keep pace with the Syrian leadership to adopt the global economy and carry out economic reforms, according to Dr. Anwar Ali, Director General of the Authority. "Especially if we are to keep up with the economic developments that accompany the world, such as globalization, trade liberalization and accession to the World Trade Organization, in order to overcome all obstacles to economic growth." During the conference, he also highlighted Syria's adoption of the social market economy, which was accompanied by the issuance of several legislations aimed at developing and modernizing the country's economy. The most prominent of these was the Competition Law and Prevention of Monopoly No. 7 of 2008 issued by the President of the Republic, And in the world that made the competition law in Syria impressive for many. The Conference also focused on the role of competition policy in promoting economic development, law enforcement and the effective application of the law in times of economic distress and the role of competition policy in countries in different stages of market development. The effectiveness of competition law was also assessed in promoting economic development and the effectiveness of capacity- undefined Technology submitted to newly established competition authorities The Conference included some judicial reviews of competition issues and the mechanism of sanctions and appropriate remedies. There was a roundtable on establishing the effectiveness of the agenda, the role of advocacy for competition and control of mergers. At its conclusion, the Conference gave guidance to UNCTAD on the future work program in this area, including technical assistance and capacity-building services to developing and least developed countries, as well as economies in transition, through a draft resolution of the Conference at the closing plenary of the Conference. undefined