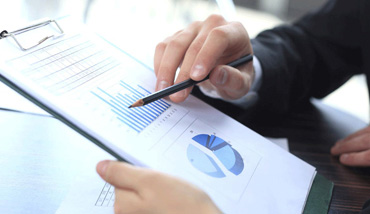 The General Authority for Competition and Antimonopoly, in preparation for receiving the holy month of Ramadan from yesterday, sent control groups to most of the Syrian governorates in order to determine the performance of the market and control any monopolistic practices that harm the interest of the citizen and avoid fair and honorable competition. The tasks of groups are to monitor markets and determine prices according to the normal context of competition, as well as to investigate information to detect practices that violate competition rules in cooperation with relevant authorities in the governorate concerned. The Director General of the Authority Dr. Anwar Ali that the functions of the control groups also coordination with chambers of commerce, industry, agriculture, tourism and artisans and related events in various provinces in order to see their economic activities, which can have adverse effects on the control of competition and markets. The five groups included eleven governorates headed by Mr. Turki Rifai to Homs, Hama, Eng. Wajih El Khoury to Deir El-Zour, Raqqa, Eng. Hassan El Sayed to Latakia, Tartous and Khaled El-Ahmad to Aleppo, Idlib and Dr. Abdel-Karim Hariri to Daraa, Sweida and Quneitra. And that Aliundefined These tours fall within the framework of spreading the culture of competition and create a solid ground of awareness among consumers of the policy of competition and its association with different markets and commercial, industrial and professional institutions, thus contributing to the protection and development of the national economy. It is worth mentioning that the seminar was held earlier this month at Damascus Chamber of Commerce, which dealt with the role of law in providing free competition in local markets and preventing the dominance of companies and monitoring their work in order to protect all trade workshops and consumers. undefined